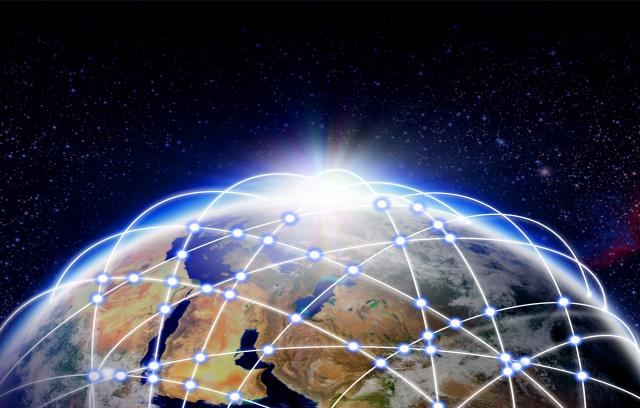 The protocol used usually involves a trade-off between these factors, gaining one of these factors often means accepting deficiencies in others. Topology of a network is important because it affects convergence times of different protocols. Network topology is a primary consideration when selecting a routing protocol (Weaver et al., 2012).

There  are  two  versions  of  RIP.  RIPv1  uses  classful  routing  and  does  not  include subnet  information  while sending  out routing table  updates.  RIPv2  is  classless and  includes subnet  information  supporting Classless Inter Domain Routing (CIDR). RIPv2 multicasts routing updates to other adjacent routers using the address 224.0.0.9. Network convergence happens much faster in RIPv2. RIP has the following advantages in small networks, It is easy to understand, it is easy to configure, and it is widely used and is supported  by almost all routers. The primary disadvantage of RIP is that it is limited to 15 hops. Any router beyond that distance is unreachable making it unsuitable for large networks. RIP can create a traffic bottleneck by  multicasting  all  the  routing tables every 30 seconds which is bandwidth intensive.  RIP  has  very slow network convergence in large networks. Additionally,  RIP doesn’t support multiple paths on the same route resulting in a higher chance of routing loops causing a higher loss of transferred data (Solarwinds Routing Protocols, 2014, pg. 4-5).

EIGRP is a distance vector routing protocol that exchanges routing table information with  neighboring routers in an autonomous system.  Unlike RIP,  EIGRP shares routing table  information that  is not available in neighboring routers which reduces  traffic transmitted through routers. EIGRP uses a Diffusing  Update  Algorithm (DUAL) which reduces the time  taken for network convergence thereby improving operational efficiency. EIGRP was a proprietary protocol from Cisco that was made an open standard in 2013. The primary advantages of EIGRP is fast network convergence, low CPU utilization, and easy configuration. EIGRP  has more adaptability and versatility in large complex networks. EIGRP combines many features of both link state and distance vector. Since EIGRP is mostly deployed in large  networks, routers have a tendency to delay sending routing information at scheduled times  which can cause neighboring routers to query the information repeatedly increasing network traffic (Solarwinds Routing Protocols, 2014, pg. 5-7).

OSPF is a link state routing protocol used in large Autonomous System (AS) networks. OSPF gathers link state information from available routers and determines the routing table information to forward packets to based on the destination IP address. This is done by the router when it creates a topology map of the network. Any change in the link is immediately detected and the information is forwarded to all other routers ensuring that all the network routers have same routing table information. Unlike RIP, OSPF only multicasts routing information when there is a change in the network. OSPF has a complete knowledge of the network topology which allows routers to calculate routes based on incoming requests. Additionally, OSPF has no limitations in hop count, has faster convergence than RIP, and  does a better job of load balancing. The primary disadvantage of OSPF is that it does not scale well if more routers are added to a  network. This is due to the router maintaining multiple copies of  routing information. An OSPF network with intermittent links can increase traffic every time a router sends information. This lack of scalability in OSPF makes it unsuitable for routing across the Internet (Solarwinds Routing Protocols, 2014, pg. 3-4 ).

IS-IS was originally devised as a routing protocol for CLNP, but has been extended to include IP routing.  IS-IS is an Interior Gateway Protocol (IGP) used on the Internet to distribute IP routing information throughout a single AS in an IP network. IS-IS is a link-state routing protocol meaning routers exchange topology information with their nearest neighbors. The topology information is distributed throughout the AS so that every router within the AS has a complete picture of the topology of the AS. This is then used to calculate end-to-end paths through the AS usually using a variant of the Dijkstra algorithm. The main advantage of a link state routing protocol is that the complete knowledge of topology  which allows routers to calculate the best route in an AS. The primary disadvantage of IT-IT like other link state protocols is that it does not scale well as more routers are added to the routing domain. Increasing the number of routers increases the size and frequency of the topology updates (Metaswitch IS-IS, n.d.).