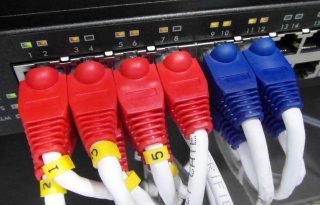 The Security+ Certification exam requires knowledge of networking and a thorough understanding of security concepts that apply to network technologies. A Network+ certification and/or a solid background and experience in networking is recommended.

A Firewall is a network device that monitors and controls incoming and outgoing network traffic. A firewall establishes a network traffic barrier between a trusted internal network, and an outside network. Example: a firewall would control traffic between a trusted internal Local Area Network (LAN) and an outside network like the Internet. A firewall filters traffic based on rules placed on the firewall which control what traffic is allowed, or not allowed, to enter or leave the protected network. Typically, firewalls are configured with a deny-all rule that states all traffic is denied unless another rule exists that allows that specific traffic. Access Rules can be specified for both inbound and outbound traffic.